To define ‘Ti’ in the most comprehendible fashion, we can say it means Titanium or in some cases Technical improvement. There are times when we have to buy a graphics card and it comes with a slight mention of ‘Ti’ at the end of the model name and refers to the heftier version of the card with improved performance.

It is a bit costlier than the non-Ti variant but covers that up with a benchmark score on a performance scale. Even with a former card of the same name, Ti variants add further cores to the card and enhance its gameplay quality.

What Does Ti Mean?

It was during the GeForce 200-400 era that Nvidia used to mark a difference among the Nvidia graphics cards list. With the commencement of GeForce 500, we saw Ti being used as a clever marketing tool to signify the enhanced working quality by the developers. 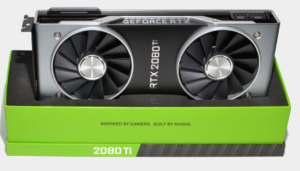 The most furnished aspect of Ti cards is their excessive speed, improved performance, better durability, and power efficiency. They tend to provide a better value for money ratio and are much preferred within the tech community.

For gaming aficionados, enhanced gameplay is ensured through better FPS rate and smooth gameplay. More shader processors are involved in the Ti cards so better texture mapping comes out as a result. In the case of GTX 560, the performance increases by an impressive 15%.

The Ti cards ushered the world of graphics cards into a new era where the sky seemed to be the limit with incredible performance and immersive experience. Even though in some cases, they cost almost double the money of the normal variant, they add that extra flair to the gaming experience which is honestly worth the risk for a hardcore gamer. They are at times so expensive that the price comes head to head with high-end gaming PCs.